The People Made of Ice

Everyday Psych » The People Made of Ice
by Jake

What good is the warmth of summer without the cold of winter to give it sweetness? — John Steinbeck

Across the Midwest—including where I’m at in Columbus, OH—it is record-breakingly cold. I mean, really really gosh darn chilly! I walked for 15 minutes to drop off my rent, and an hour after returning to my apartment, my cheeks were still stinging.

For astute readers, you’ll know that I’ve talked extensively about the snow and cold on this site. And you don’t have to look closely to know not a single post has described them favorably.

But rather than constantly fighting the cold, how can I (we) better cope with it?

THE MAN MADE OF ICE

On January 26th, 2007, Wim Hof, a native of the Netherlands, set the world record for the fastest half marathon on ice and snow. While barefoot.

Two years later, he broke his own world record by fully immersing himself in crushed ice for 1 hour and 52 minutes. For perspective, the average person is strongly advised to spend no more than 10 minutes in such temperatures.

According to Wim Hof, his ability to withstand such frostiness relies on meditative breathing practices and a set of exercises he has developed. But what do scientists have to say?

Researchers put Wim in a suit they could pump full of freezing cold or steaming hot water and then put him in a brain imagining machine. From this, they discovered three key psychological and physiological components that underlie his seemingly supernatural abilities:

1) By engaging in forceful exhalation and cold exposure (part of Wim’s training procedure), he is able to induce a physiological “stress-state,” which then causes his body to release pain-reducing chemicals

2) He demonstrates greater activation in his higher-order cortical areas (in the insula specifically) that are associated with sustained attention (i.e., he is able to distract himself from thinking about/feeling the cold)

3) Through his breathing techniques, he is able to generate heat around his lung tissue which then warms his circulating blood and prevents his core body temperature from dropping to unsafe levels

But what about the rest of us, non-Icemen and women who have to deal with the brutal cold currently striking the US? How do our “inferior” bodies respond?

A JOURNEY TO ANTARCTICA 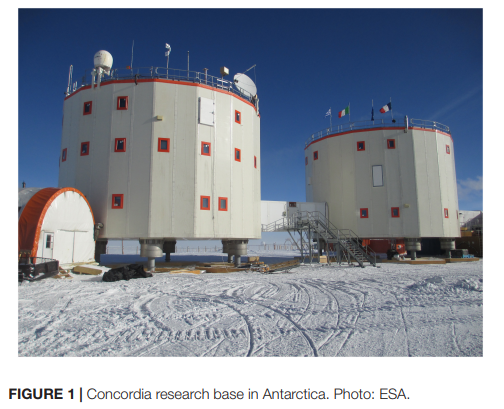 Right now, some temperatures in the Midwest are reaching -50°F (-46°C) with windchill, which is below what’s often found in the coldest, most hostile place on Earth: Antarctica.

Although the southernmost continent has no permanent residents, nations from all over the world send scientists there to study the climate and geography. But how do these ‘normal people’ fair in such extreme conditions?

First, it should be noted that 60% of all medical diagnoses on Antarctica relate to reductions in mood, adaptation problems, and sleep difficulties. So although the cold can cause physical issues, by and large, the damage comes psychologically.

To study these people, psychologists tracked 27 scientists and crew members on the Concordia station during the months of February through November (access to and away from the station is only available after November and before February due to the impassable cold and darkness). Mean temperatures during the participants’ stay were around -60°F (-51°C).

The psychologists were interested in what types of psychological coping mechanisms Antarctic residents use during these desperate conditions. For example,  are they more likely to try to psychologically eliminate the source of their stress (e.g., by reconstruing their situation) or do they try to decrease their emotional reactivity (e.g., try to tamp down their negative feelings). However, the researchers instead found something very surprising…

About three-quarters into the participants’ stay, they started to exhibit signs of “psychological hibernation.” 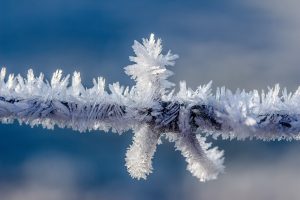 To quote the researchers: “Participants became more indifferent or emotionally flat during the winter months…[exhibiting] a mild psychological fugue state known as the Antarctic stare” (Sandal et al., 2018; p. 6). That is, it appeared like the participants mentally “switched off,” which served as a coping mechanism in and of itself.

In other words, under perpetually harsh conditions like this, people tend to enter a state of “psychological hibernation,” preventing the overwhelmingly negative temperature and context from affecting them too deeply.

So, from today’s post, if you, too, are caught up in the polar vortex, you could try the breathing techniques advocated by Mr. Hoff or just wait for your brain to start snoozing. Fortunately for us, though, the cold should pass soon and we’ll be able to start frolicking outside again in the normal three coats rather than the seven needed today.

Psych•o•philosophy to Ponder: What are some other ways that the cold may affect your psychology? Previously, I have discussed its influence on various judgments we make (e.g., the movies we watch, the purchases we make), but other work suggests that it can actually influence our morality, too. That is, when we’re colder, we tend to be less empathetic toward others. As a result, we’re more likely to make “cold-hearted,” calculative decisions that appear to exhibit reduced compassion. In which case, how can being aware of this encourage you to be more empathetic this winter season?