The Price of Food

Everyday Psych » The Price of Food
by Jake

A brand for a company is like a reputation for a person. — Jeff Bezos (CEO of Amazon.com, pictured below)

If you didn’t know, Amazon is taking over the world.

Already, they are the distributor for nearly 400 million retail products; their artificial intelligence system (Alexa) is in over 10 million homes; and now they own Whole Foods while they simultaneously develop the first cashier-less grocery store…

But can you guess how Amazon has won over the hearts of multitudes and positioned their CEO (Jeff Bezos, right) as the new ruler of planet Earth?

Their products are damn cheap.

Brands are always striving to create favorable impressions on their customers, and one important aspect of that is the general perception of their goods’ prices (i.e., their price image).  For example, off the top of your head, who will likely sell the same item for cheaper: Wal-Mart or Target? 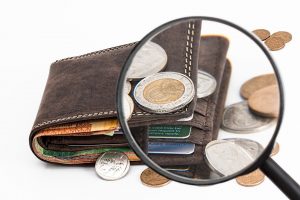 For places like Wal-Mart (the right answer) and other places like Costco or Home Depot, they have low “price images” — a reputation they intentionally promote through the aesthetics of their store. That is, all these stores sell their goods in big warehouses and do little to “decorate” their interior: an aesthetic that conveys they have cheap prices (compared to stores like Target where their building is a “shopping experience”).

In fact, marketing lore tells of a Home Depot employee who got to work early and finished his responsibilities quick. To fill his time (and help out the store), he went down the aisles and buffed all the floors. However, when the manager came in, he had a complete fit(!), ordering the employees to re-scuff the floors to help maintain their “image.” Similar anecdotes report that the cleaner a Wal-Mart is, the worse their sales!

Grocery stores often use one of two pricing strategies: they market themselves as either an “Every Day Low Prices” (EDLP) kind of store or a “High-Low” (HL) prices kind of store. The former rarely has promotional discounts, but their generally low prices rarely vary. In contrast, HL  stores have frequent and varied promotional discounts, but their baseline prices are typically higher.

For a while, research showed that when a store with EDLP pricing was compared to a store with HL pricing, customers thought the EDLP store was cheaper (even though the prices, when summed, were exactly the same). However, even though the research suggested EDLP stores would result in a lower price image (and thus better sales), about 70% of grocery stores (e.g., Safeway, Kroger) use HL pricing.

Why would this be?

In the original research, they failed to consider an important part of consumer psychology: When grocery shoppers decide where to shop, they’re not very good at recalling other stores’ prices to compare them against the present one.

Instead, shoppers tend to compare prices within the store they’re in. This means at EDLP stores, we look at (for example) the peanut butter and see the prices are all about the same. However, at HL stores, we see one of those peanut butters has a promotional discount–and compared to the others on the shelf next to it–this peanut butter seems like a great deal! …even though in reality, the average price of peanut butter may be actually cheaper at the other kind (i.e., EDLP) store.

AMAZON OWNS A TO Z 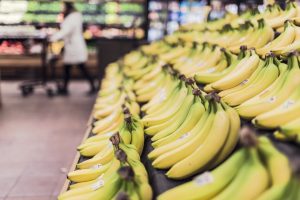 One of the reasons that Amazon is so successful then is that they are (1) generally cheaper than most brick and mortar stores, and (2) they use frequent promotional discounts to make themselves even cheaper (i.e., they combine both EDLP and HL practices).

In fact, when they purchased Whole Foods, the first thing they did was slash prices on “key value items” like milk and eggs to help build a lower price image (as many people avoid stores like Whole Foods because of the expectation they’ll have higher prices). Fortunately, in reducing the likelihood that Jeff Bezos statues will be erected everywhere, Amazon’s efforts to change the price image of Whole Foods failed miserably.

But, now that Amazon is opening cashier-less stores–meaning the costs of their products aren’t inflated to pay employee paychecks–they may still take over the world after all…

Psychophilosophy to Ponder: When you see a price at a store and think, “Dang! What a great deal,” where did you come to that conclusion? Are you thinking about how much it’s worth to you? Are you consulting the previous prices you’ve paid for that item? Are you looking at the “marked down” price and remarking how much lower it is than the original one? A few years ago, JCPenny (like many stores) would inflate the original listed price and then “mark it down” to a discounted price that was actually the real price of the item. However, in a show of good conscience, they promised not to do that marketing trickery anymore and simply list the price as is. The result? They lost hundreds of millions of dollars…