The real voyage of discovery consists not in seeking new landscapes but in having new eyes. – Marcel Proust

The return to graduate school after winter break is always tougher than I expect. From being treated like a prince at home, I return to the stables where memories of grand feasts, shoulder rubs, and encouraged slothfulness are replaced with stale PB&J’s, knotted muscles, and an alarm clock that won’t shut the hell up.

However, in typical cosmic humor, there was a way to make the transition even worse: the expected 5.5-hour flight back to Ohio turned into a 16-hour one.

Typically, though, it’s the return trip that is supposed to feel shorter than the one out. But no no. Not this time. Still, for 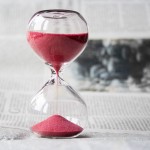 those journeys that do go according to plan, why is it that the experience of traveling to the destination usually feels longer than the travel back?

That is, why does the “return trip effect” actually happen?

To test this, the researchers first wanted to document that this was actually a real phenomenon people experienced. And to do so, they surveyed a bunch of people before they took a particular bus trip and after they took that same bus trip home.

As expected, people did indeed believe that the trip home felt much faster than the trip out.

So now you’re thinking: okay, Jake, so far you’ve spent 220 words to mildly entertain me with your meager inconveniences (you traveled thousands of miles, in the air, and didn’t die—and you want to complain?) but when are we going to get to the effect?

Well, to explain things, the researchers first tested one plausible hypothesis: because you’re more familiar with the surroundings on the return trip, maybe it simply feels faster than does the strange environment on the trip out.

However, when the researchers had participants bicycle back home either 1) along the path they had taken out there, i.e., the familiar one, or 2) along a different but equidistant path, there were no differences in estimating how long the return trip took. 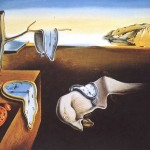 What the researchers did find, though, was that the expectation for the duration of the trip there predicted how short the trip back felt. For example, if you believed the bike ride there would only take five minutes but then it ended up taking ten, you thought the trip back was way shorter. However, if you thought the trip out would take eight minutes but it really took ten, you didn’t think the trip home was nearly as short.

In fact, this expectation phenomenon was found in both the previously described studies as well as a third, where participants were intentionally led to have expectations that the trip out would take longer or shorter than it actually did.

The researchers contend that when people believe the destination trip took longer than expected, they adjusted their expectations for the trip home, anticipating that it, too, would now take longer than expected. However, when they arrive sooner than their exaggerated expectation, the return trip suddenly feels much shorter.

So how could I have applied this to the unfortunate occurrence of my return flight?

I couldn’t. But hearing other people whine about how “incredibly awful” their flight delays were made me realize: Yeah, I don’t want to sound like those spoiled crybabies.

Especially when your main man psychophilosopher got bumped to first-class for the inconvenience.