It’s easy to play the hand after the cards have been dealt. – George Teeny

Last Friday, I completed the first part of my candidacy exam. I had four measly hours to complete six grisly questions, and, overall, I think I did pretty well (except for the part where I accidentally jettisoned my energy drink all over my monitor and keyboard).

However, one of the reasons I feel confident in my performance was that I had unintentionally practiced one of the actual questions from the test. That is, one of the questions asked us to define an emotion, and as you know, dear reader, that was exactly what I did in the previous post. 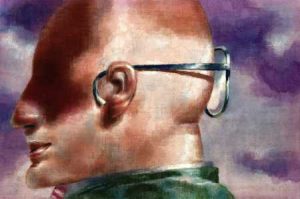 Now, if I weren’t so versed in the phenomena of social psychology, I would be tempted to say, “Yeah, I figured there would be an emotion question; that’s why I practiced it.” However, I am very much aware of the hindsight bias and our tendency for misremembering.

For example, one of the first papers to demonstrate the hindsight bias was done during the Nixon era. The President was heading to both Beijing and Moscow at the time, and researchers asked participants to estimate the likelihood of possible outcomes from the visit.

A bit of time after Nixon returned to the states, the original participants were corralled and asked to recall their probability estimates for the various outcomes. And here, the participants ascribed an overestimated probability to the events that had actually happened.

If the “hindsight bias” name weren’t already so established, it should’ve been called “That Thing Fathers Do” bias. Essentially, the bias states: after an event has occurred, people tend to have seen it as predictable, despite there being little objective information to have made such a conclusion originally.

The hindsight bias has been tested in a lot of domains by a lot of researchers, but one area in particular that it has been applied to is physicians.

In a massive study that looked at more than 4,500 patients over six years, each patient would get a chest x-ray every few months. Over the course of this time period, close to 90 chest tumors were found.

When physicians were given these positive x-rays and informed a tumor was present, the doctors said it was obvious that a tumor was there—even though these were the same x-rays that the same physicians had failed to diagnose in the first place! 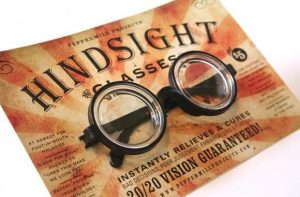 There are a number of explanations for why the hindsight bias occurs, but I believe some of the stronger evidence supports a motivational account. That is, people like things to be predictable. When you can know the outcome of an event, you don’t need to be afraid of it.

For similar reasons, believing that you knew something would happen all along 1) gives you a sense of satisfaction (i.e. “Look how smart I am!”) that you could “predict” it, and 2) gives you a sense that the world is predictable—which helps to alleviate fear.

In regards to my test, though, I have no delusions that I was able to predict the question. But if it turns out I did well, you heard that prediction from me first. Though, this is likely due to the Jake’s Bigger than Normal Head bias.