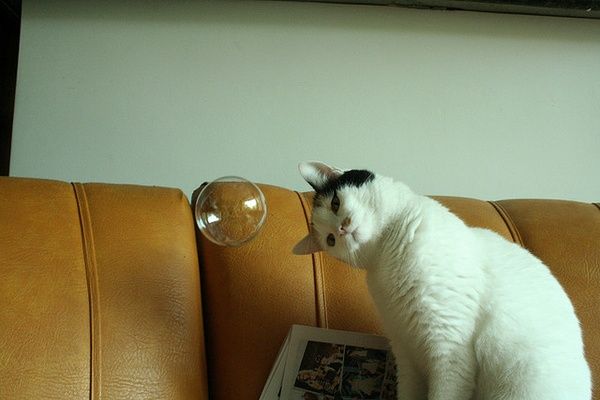 Curiosity killed the cat, but for a while I was a suspect. – Steven Wright

The Greek myth of Pandora’s Box remains one of the most well-known tales of the ancient gods, in which, Pandora, given a box she’s told not to open, let’s her curiosity consume her, opening the box and releasing a host of plagues onto the world. Which brings us to the psychophilosophical question of the day:

If you had the box, would you have opened it?

Researchers assert that curiosity (i.e., the desire to close a gap in knowledge) is one of the most fundamental traits of human existence. Curiosity forces us to explore, to invent new solutions. Without it, humanity would be stuck in the same primal way of life we began.

However, in order for curiosity to have such an impact on human existence, it must be a powerful force. And where there is power, there is often corruption…

Imagine for a moment you have three boxes in front of you: one of them contains a really awful odor; another doesn’t smell like anything at all; and the third has a 50% chance of being either the bad or the neutral smell. Which box would you choose?

Although intuition would lead you to think that the second box (where you’re guaranteed you won’t get a negative outcome) will be the one most likely chosen, research says otherwise.

To test this, participants were seated at a table that had a bunch of prank electric-shock pens with either 1) green and red stickers on them, or 2) yellow stickers on them.

Now, the participants themselves believed their “actual” study had nothing to do with the pens, but while the experimenter was gathering some materials, the participants were left to play with them if they wanted. And importantly, the researchers were secretly watching to see if they did.

Counter to intuition,  those in the yellow sticker condition (where the outcome was uncertain, i.e., high curiosity) were five times more likely to click a pen (that produced a painful shock!) than those in the red/green certain-outcome condition.

In a second study, researchers gave participants either 1) two buttons they could press, or 2) three buttons they could press. For the first condition, participants had a button that played either a neutral sound (water poured into a glass) or a negative sound (nails on a chalkboard). In the other condition, they had both of those plus a third button which had a 50% chance to play either the neutral or negative sound.

Now, if you’ve ever heard nails on a chalkboard, you would most certainly do anything to avoid the sound of it. And yet, when that curiosity-enticing, mystery button was available, people clicked 30% more buttons than when they had control over their outcomes.

According to the researchers, we exhibit this “Pandora Effect” (their name, not mine) because we fail to consider the emotional consequences of our actions. That is, we’re so set on trying to satisfy our curiosity that we fail to consider the negative outcome that could likely result as well (e.g., have you ever be tempted to see whether your tongue sticks to metal pole in winter?)

However, the researchers demonstrate that we can overcome this inclination by focusing on the negative feelings we’d experience if things didn’t work out (vs. being so focused on sating our curiosity). So the next time you’re curious about whether your head will fit between the stairway railings… just ask my mom; she’ll inform you of the negative outcomes 😉

Not getting his allowance for that last remark,
jdt